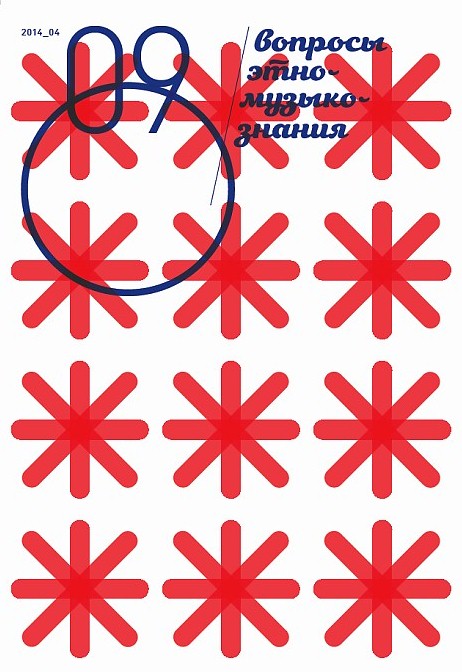 Special vocabulary of actional and character codes of Don wedding

The article deals with the traditional terms and idioms that are used to denote ritual shares constituting wedding ritual, and the nomination of the participating characters. The author analyzes the composition of the special vocabulary of the wedding of Don Cossacks and finds its correlation with wedding folklore texts. The study is based on the 1970-2010 expedition’s records and publications of XIX — early XX century.

The paper analyzes the genre block wedding songs of three Cossack villages so-called New Lines former Orenburg province (now Chelyabinsk region). The central problem is to determine the similarities and differences in the wedding rites studied microlocal traditions. The author reveals the structure of the wedding ritual, characterizes the genre structure wedding songs and performs a typology of their tunes to suit different levels of musical form.

The paper is devoted wedding lamentations Leshukonsky area of Arkhangelsk region (in the basin Mezen) — the dominant music genre of the local wedding. The author examines in detail the ritual context of wedding laments, their specific relationship with other codes ritual. Identified three melody wedding laments, geographically assigned to certain zones.

Named song recorded in Ust’yansky district of the Arkhangelsk region in many versions and is a musical symbol of local wedding. The article presents the results of the typological study of these variants. The author gives a map of distribution types sillabo-rhythmic compositions identified in different variants investigated songs.

The article analyzes three order definable chants wedding songs that play a leading role in the ritual of the local tradition, situated in the southwest of the Novgorod region. These tunes are studied in the functional, structural and stylistic aspects. The study revealed the historical and cultural ties with the territory of Kholm tradition and Pskov-Novgorod-Tver borderland.

The article is dedicated to the legacy of Mikhail Nikolayevich Myakushin — the talented folk singer, collector and connoisseur of songs of his homeland: the village of Pylema (Leshukonsky district of Arkhangelsk region). He was born at the turn of XIX to XX centuries, and had found the traditional folk culture of the river Mezen in bloom. At his declining years he wrote songs, proverbs, sayings, riddles, rituals and customs of his native village, and had created several manuscript collections. Folklorists have made more than 80 tape recordings of songs from Myakushin. The article presents examples of classical lyrical chant songs that reveal mastership of Myakushin.

«Аny voice singing — and a thin and thicker: some features of the performing style in the tradition of lower reaches of Ust’ya-river

Performing style traditions in the lower reaches of Usti (southern areas of the Arkhangelsk region) is characterized by a distinct color female «thin» (high) of the votes. The article analyzes the qualities of the local traditional singing as tessitura, timbre, intensity of singing voices and others. The study is based on the expedition materials from different years of the St. Petersburg (Leningrad) State Conservatory.