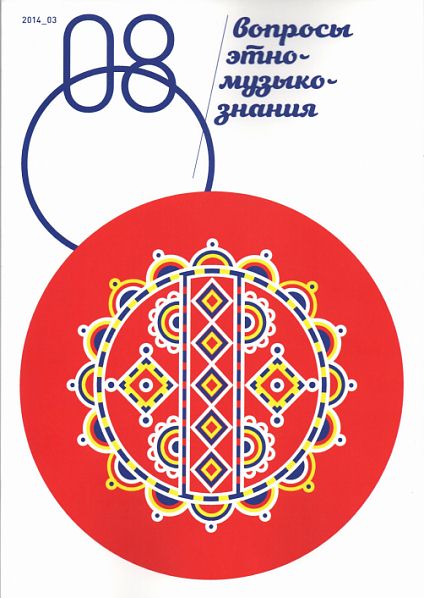 Songs of the Belarusian rite of christening

The article is devoted to the songs of the Belarusian rite of christening (radziny).  They are represented by their functional, structural and typological, modal intonation and areal characteristics. The last aspect allows to assume, that the distribution of certain types of ritual christening chants has continued on the russian territory, particularly in the northwest of the Smolensk region.

In article is considered poetic features of wedding songs meadow mari: system of symbols, structure, principles of versification. Local distinctions of wedding songs of three ethnographic groups of meadow mari are shown by when studying their rhythmic organization. The analysis more than 200 tunes showed the presence of the characteristic features of syllabic musical-rhythmic organization.

The main attention is paid to the problems of acoustic of research sounding matter, largely determines the stylistic essence ethnomusical cultures. Updated study of the problem of singing voices timbre and articulation, identification of the timbral-articulation patterns in the ethnic-cultural context. Presents its own acoustic-phonological analysis method of the «heterophon», tested by the author on the song material of vyat mari.

Folk songs of the saami of the Kola Peninsula: past and present

Musical and poetic improvisation until the middle of the last century were the main form of songwriting saami of the Kola Peninsula. The influence of Russian and Finnish traditions largely changed the situation. The author explores the current state of musical folklore Russian Saami.

The article analyzes the songs of the shrovetide carnival procession characters of the tramp, the jew and the gypsy, very popular and sung during this calendrical holiday in Žemaitija (the historical Samogitia, western Lithuania). It addresses the specific features of these songs in terms of stylistics, harmony, rhythm, melodic range and other aspects. The relationship between shrovetide and other genres of žemaitijan songs and the evolution of this genre of calendrical song in the 20th century are explored.

From materials of Smolensk folk expedition of K. V. Kvitka

This article contain valuable information about the little-studied Russian shepherd’s instrument — long wooden trumpet. Materials were collected in the fall of 1940, in the Smolensk region. Collector of them was the great Ukrainian-Russian ethnomusicologist, founder of the Cabinet of folk music of the Moscow State Conservatory Kliment Kvitka.