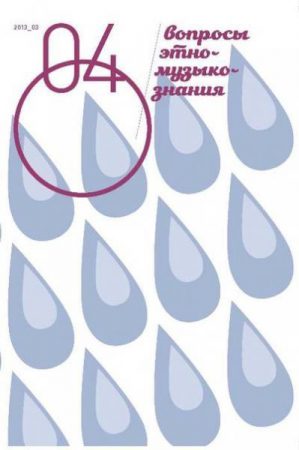 The author introduces the reader to one of the leading types of Pomorye laments that there is common for funeral and memorial, solo wedding, military and occasional lamentation recorded in the Summer and most of the Onega shores of the White Sea. The distinguishing feature of this type — a special way of intoning, approached to the natural cry, and the mobility of pitch scales. The author explores the rhythmic and pitch of the structure of these melodies, and identify similar phenomena as in the Pomorye, and in other regional traditions.

The central issue of this paper is to identify the historical and cultural specificity of the Western territories of Novgorod, which is disclosed on the material of laments folk tradition. The author reveals the structural and stylistic unity of Western Novgorod and Pskov wedding group laments, and analyzes their relationship with the other wedding genres East Novgorod area. This approach allows us to ask questions of the genesis and historical life of the folk forms.

At the heart of this paper is structural semiotic analysis of ritual visits to households, is widely known in Southeastern Serbia. The author is interested encoding of musical forms and dynamics of structural change in the diachronic perspective; traced their relationship with other semiotic systems studied ritual (personal, actional, temporal, locative codes). Comparative and cross-cultural approach to the study of the subject reveals the ratio of Serbian carols with samples of the same genre with other South Slavic peoples, as well as with carols Eastern and Western Slavs.

Middle Dnieper: the problem of historical and ethnographic community

The paper attempts to define the characteristics of ethnic and cultural integrity of the territory of the middle Dnieper on the material folk song tradition. Until now, the use of this concept in ethnomusicology arguments are not enough. This is the first extensive study of unity of the array, which is characterized by the author as a phenomenon of historical and ethnographic community. The specific problem is the definition of the boundaries of the region, especially on the left bank of the Dnieper.

Lyrical songs of Nekrasov Cossacks: on the structure of a modal organization

The paper is devoted to the problem of mode-making of lyric songs of Nekrasov Cossacks, which are the leading genre in it. The article represents the main types of scales inside the limits of which tunes of Nekrasov Cossacks songs develop. The matter of correlation between scales and mode keynotes is also viewed here. Author conducted typology modal structures according to the general classification of modes into two categories: simple and compound modes.