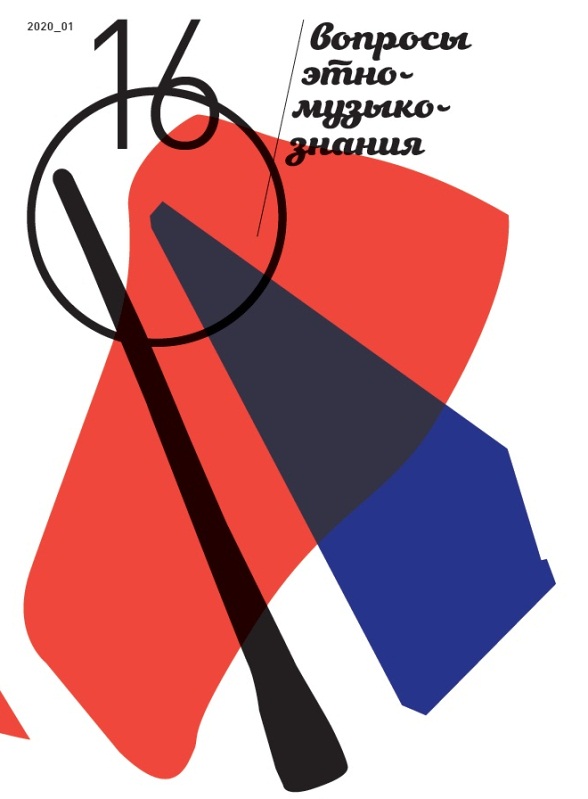 Calendar song traditions of the Eastern Slavs: to the problem of typology

The concept presented by the author suggests changing the conventional point of view on the Russian calendar-song folklore as secondary in relation to the Belarusian-Ukrainian calendar culture. New publications, which appeared at the turn of XX-XXI centuries, allow to assess ethnocultural specificity of the material in a new way, to see the originality of the genre system and musical organization of Russian calendar songs.

Since the second half of the XIX century in Russian Philology established the division of lyrical songs on «male» and «female». In the last century, this concept was developed in a number of ethnomusicological works. But do «male» songs really have a special poetic and musical style that distinguishes them from female lyrics? In an attempt to answer this question, the author turns to the analysis of lyrical songs of the Russian Zakamye.

Russian lyrical songs, male and female songs, between the Volga and Kama rivers

Shrovetide songs of the left Bank traditions in the middle course of the Desna: specifics of realization of tunes of the main rhythmic type

In the South-East of the Bryansk region and in the border zone of the Sumy region, Shrovetide songs are one of the most developed and popular calendar genres. The author’s attention is focused on the melodies of the rhythmic type, which is the main for the Russian Shrovetide tradition. In the study zone, they are often implemented in forms that deviate significantly from the basic rhythmic model. The article is devoted to the systematization of such structures.

Performing interpretations of lyrical song plots in the Mezen river region: on the question of the correlation of poetic text and melody

The article is devoted to the problem of interrelation of poetic text and chant in the genre of lyrical song. The object of the research is the Northern Russian tradition of long songs in the Mezen river region (Arkhangelsk region). The structural-typological analysis of their melodies demonstrates the variability of the musical realization of one poetic plot within the local song tradition. Versions of these tunes can differ in both melodic and rhythmic parameters. Stable localization of variants of musical texts allows us to establish the internal structure of the tradition, as well as its external links in the Northern Russian region.

«Atypical» melodies of lamentations in the traditions of the Novgorod region

The author’s attention is drawn to the lamentable melodies of the Central and southern zones of the Novgorod region, falling out of the main circle of samples of this genre in the local tradition. The author believes that the existence of such «atypical» melodies can be caused by a number of reasons. Among them – the former variety of religious forms, lost at the time of recording the tradition, and the situation of interaction of several historical and cultural complexes. But probably, the performer itself, his creative personality also matter.

The article focuses on the typological attribution of the musical transcription of the ensemble lament recorded in 1901 in the Fedoseevo village on the Kandalaksha coast of the White sea during the famous expedition to Pomorye. While the phonogram itself was lost, the transcript made by one of the authors of the recording, A. L. Maslov, has been preserved for history. To solve many of the mysteries associated with this document, the author uses his own materials collected in Kandalaksha in the summer of 1981.

The author of the article analyzes the peculiarities of the organization of poetic texts of Northern Karelian wedding lamentations. Out of connection with the chant, the rhythm of the verse texts has independent ways of structuring the poetic fabric with the help of various kinds of sound repetitions. The features of the rhythmization of the poetic text in singing in its coordination with the lamentable chant are also analyzed.

Appeal to unpublished sound recordings of the so-called modern-time epics created by the great masters of the epics of the region of Pudozh in soviet times, opens to the researcher a unique opportunity to touch to the creative process of the epic narrators. An analysis of the samples sung by them shows that the creators of the modern-time epics thought in the tradition of an epic tune.  They were not passive material in the hands of folklorists-«assistants» from the official science.

Spiritual poems are one of the prominent genres of the musical tradition of the Ural old believers (kerzhaks) that is still in active use today. The subject of the research presented in this article is an unusual example of a poem, in which fragments of spiritual content are combined with the secular genre of cantus. This prompted the author to explore the influence of Baroque musical and poetic genres on the formation of the old believers’ cultural traditions.

The publication contains initial ethnoorganological information on the insufficiently studied instrument of Russian shepherds — a long wooden trumpet. Particularly valuable in this publication is become the data on a structure of the signals executed on this instrument.

Two-wads pipe from the Bryansk region

The article describes a little-studied variety of Russian folk flute — two-wads seasonal pipe from the Bryansk region. The musical notation of the piece performed on it, contained in this article, is published in the folklore literature for the first time.

Kannel is one of the most popular Estonian folk musical instruments. The article deals with the varieties of the cannon, which are widespread among folk musicians living both in Estonia and abroad. Provides information on the design of tools, their settings, game techniques, repertoire.

Orthodox chants in the ethnomusical landscape of the Belarusian-Polish borderland

Orthodox chants are firmly entrenched in the traditional culture of the rural inhabitants of Podlasie. They function steadily in the calendar-agricultural cycle and family-tribal rites. The corpus of such texts contains both variants of a number of liturgical hymns and numerous Psalms. In the difficult situation of the multi-ethnic composition of the population and the interaction of different Christian denominations, this layer of musical culture is an important factor in the ethnic identification of Polish Belarusians.

The East Slavic development of Kuban at the end of the XVIII century began with the settlement by Cossacks of the territory of modern Temryuk district. Its musical traditions represent one of the versions of folk culture that is characteristic of the black sea subregion of Kuban. This article examines the samples of ritual singing, the dominant forms of which are winter-Yuletide greeting compositions and wedding songs.

Problems of typology of migration musical traditions of Russia

The work focuses on the problem of typology of Russian folk-musical traditions formed in the late historical period. It is viewed through the prism of wedding ritual music. The critical analysis of modern research on the topic is supplemented by the author’s own developments, made on the materials from Russian villages of the Lower Volga region (Astrakhan region).