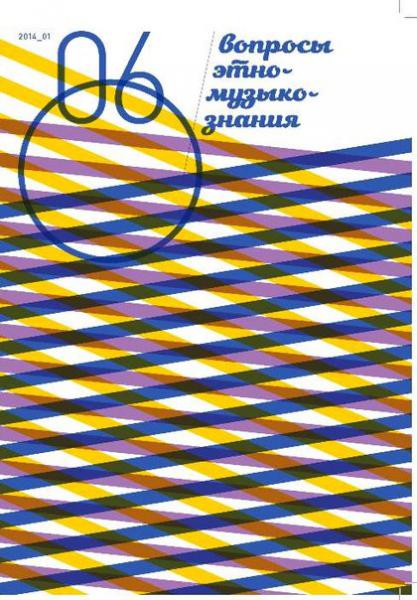 In memory of Zinaida Mozhejko

The article is dedicated to the memory of ethnomusicologist and ethno-cinematographer Zinaida Mozhejko — one of the leading representatives of the Belarusian fundamental science, Doctor of Arts, Honored Art Worker of Belarus. The author gives an overview of the two main areas of research and creative activity of Z. Mozhejko — academic and cinematographic ones.

Typical wedding tunes of the Vitebsk-Smolensk area: the dialectics of ethnocultural processes at the Belarusian-Russian border

The author carries out a comparative study of typical wedding tunes of the Vitebsk-Smolensk borderland. A high degree of homogeneity of the component folk-song tradition was revealed in the area. Concluded dialectical relationship unifying and differentiating processes typical situation borderland. This allows to observe the spread of Belarusian features beyond the administrative borders of the Republic, and the dynamics of diffusion processes in the interaction of closely related ethnic groups.

Wedding tunes on the left bank of the Dnieper in the Smolensk region: specific rhythmic forms

The musical language of the wedding of the southern part of the Smolensk region is diverse, this distinguishes it from other western Russian wedding traditions. This is particularly evident in the rhythmic structure of local wedding songs: at least 40 rhythmic forms have been registered. Several caesural musical-rhythmic structures have been singled out from among the ones well-known in the East Slavic West. This paper analyzes these forms, identifying their structural relationships and areal patterns.

On the question of the geography of the volochobny songs

The article is devoted to the geography of the volochobny songs. The analysis of the data acquired during the last expedition allows to provide a more accurate representation of the features of sharing songs on the territory of Belarus, Russia, Ukraine, Latvia, Lithuania and Poland. Particular attention is paid to the volochobny song of the Smolensk region, their specific features are revealed in the context of the overall range of the genre.

Volochobny tunes of northern Belarus: analysis of the simultaneous operation of several types

The article is devoted to volochobny song practices of the north-Belarusian region. For the first time the phenomenon of simultaneous presence of several types of tunes in the tradition of a number of villages is investigated. The functional aspect allows us to consider the mechanism of the inclusion of two or more types of volochobny tunes in an Easter roundabout ritual complex, the geographical aspect is to reveal the specificity of localization of this phenomenon.

Areal research of the Shrovetide Rite songs of the Vitebsk-Smolensk-Pskov borderlands: typological and ethnophonic aspects

The article is devoted to the Shrovetide Rite songs (Maslenitsa songs) of the Vitebsk–Smolensk–Pskov borderland. New field and archival materials gave a possibility to clarify the southwestern border area of the tunes of Lovats-Dvina Maslenitsa type. Some of the typological and ethnophonic features of Maslenitsa tunes allowed to delineate several compact locuses within the given area.

The tradition of the Russian gusli (psaltery) in the central Pskov and east Novgorod areas was discovered in the 1980–1990s. It was the result of the work of folklore expeditions of the St. Petersburg State Conservatory under the leadership of A. M. Mekhnetsov. The fact of the existence of the authentic Old Russian tradition of playing the gusli received indisputable documentary confirmation. Distinctive signs of the tradition are demonstrated in the system of folk tunes, performing technique and the design features of the musical instrument.

Folklore expeditions to the area of the river Ust’ya of 1977–1978 years. The life experience of previous generations

The handwritten archives of folklore expeditions of Leningrad (St. Petersburg) Conservatory in Ust’yansky district of the Arkhangelsk region served as the material for the article. The mastery of folk singers, their vivid characters, the ability to survive in difficult life circumstances have produced unforgettable impressions on the young participants of the expeditions . The life experiences of these artistically gifted and never disheartened people, who had passed through the severe trials of the XXth century, have helped many young musicians to attain their best potential in their studies in science and art.