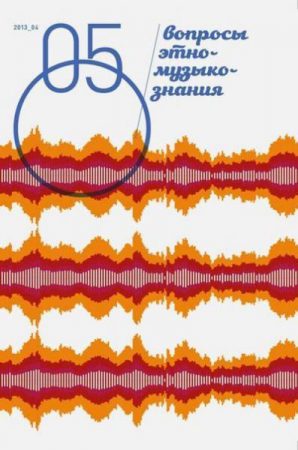 The author introduces the unknown documents on the history of the famous complex expeditions to the Russian North Leningrad Institute for the History of Arts, which was attended by Evgeny Hippius and Zinaida Ewald. This field notebooks and diaries, which are stored in the archives of The Glinka National Museum Consortium of Musical Culture.

The article deals with the process of morphogenesis in the epic melodies at the particular style of «rhapsode» narrative. A striking feature of epic tunes of this style is an oratorical speech intonation combined with verse tirade. The materials used for the analysis had involved a little-known recordings of ballads and «modern-time» epics of Soviet times, drunk on traditional epic tunes.

The paper presents the experience of the typological systematic of Pomorye’s stárinas and spiritual verses. The author investigates the pitch of their organization, seeing it in coordination

with the rhythmic forms, and in accordingly with the fixedness of the poetic texts with different genres of epic — heroic and novelistic stárinas, ballads, spiritual verses and historical songs — for certain tunes. The results of the analytical study reflected on the map, demonstrating distribution of melodic types of Pomorye’s stárinas and spiritual poems.

Acoustical methods in the study of pitch phenomena in traditional singing

The paper presents basics of acoustical research of pitch phenomena in ethnomusicology. General matters of objectivisation of a subjective sound are mentioned. Problems of pitch perception and evaluation are discussed, in the case of changeable of track (vibrato, glides, etc.) characteristic of vocal performance. Techniques of acoustical measurements of musical scales are considered. Different (mostly Lithuanian) examples of acoustical studies of traditional singing are provided.

The application of acoustics in performance practice: reading soundtrack

The article presents the results of musical-ethnographic expedition in 2013, held in several districts of the Vitebsk region, bordering on Smolensk region. The authors showed uneven Distribution of calendar song and ritual traditions in this area and identifies factors that could have an impact on the formation of ethnic song landscape in the area between Zapadnaya Dvina and Dnieper rivers.

The article presents the results of a field survey of the musical traditions of the two districts in the northeast of the Vitebsk region. The author analyzes the possibility of the material collected for further comparative studies.