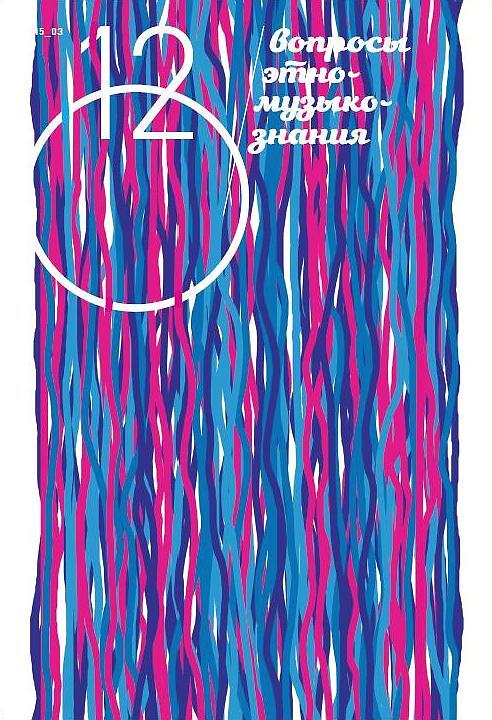 Ethnomusicology of Karelia: on the way to regional studies

One of the last works of ethnomusicologist Tamara Vsevolodovna Krasnopolskaya, who passed away in July 1915. The author sums up the results of study by ethnomusicologists Petrozavodsk folk music traditions in the vast expanse of the North-West of Russia — from the Baltic and Pskov-Novgorod lands up to the Urals. In close collaboration with historians, ethnographers, linguists developed the concept of regional divisions of the territory with multi-ethnic populations. One of the main research problems — Finno-Slavic ethno-cultural interaction, identification of Finno-Ugric foundations of musical traditions.

The subject of the author’s  research — the wedding playing with verse 5+5+7. This song type is unprecedented for the ritual forms of the distribution — it is known to Ukrainians, Belarusians, Poles, Russians and Lithuanians. Research base includes about 1200 song samples, which allows us to follow the structural changes in the context of the type previously set by the author of large-scale zones of rhythmic style.

Folk culture of Donbass as a factor of identification the region

The article described ethno-cultural specificity of the Donbass region, the main feature of which — later period of formation of the settled population and long (from the XVI to the XX century) migration. The folk culture of Donbass there is a mixture of traditions, different in their ethnic, regional and chronological qualities. The article is based on materials of the expedition, recorded by the author in the last twenty years in the Donetsk region and adjacent Ukrainian territories.

On the territory of Korochansky district, located in the center of the Belgorod region, identified several ethnocultural areas. Ethnomusical patchwork of local landscape due to the peculiarities of the historical development of this region and the composition of the population, formed from different ethnic groups of Russian and Ukrainian immigrants. The paper analyzes the common features and differences between ethnomusical traditions of Korochansky area.

Lyrical songs of the Hill Mari: the art of transposition

The subject of the research in this article are the lyrical songs of the Hill Mari — one of the Finno-Ugric peoples of the Volga. Acoustic based on traditional tunes of the people are always the pentatonic scales. It unites this tradition with the musical culture of many other aboriginal peoples of the Volga. Structural analysis of pitch organization lyrical songs of the Hill Mari revealed transposition of particular importance, which is the main way to develop in melodic material.

The paper analyzes the structure of the folk tradition, localized in the basin of Luza. The author explores the melodies of lyrical songs acting as stylistic core of local folklore. Songs of other genres are seen as his stylistic periphery. The article attempts to justify the genesis of local melodic style. The author puts forward a hypothesis about the impact of Old Russian church (znamenny) chants in the melodic style of traditional songs.

The article examines a group of Russian folk songs that can be called locally timed songs. Localization is understood as one type of development of society singing tradition. In the text of some songs include the names of settlements, natural features, names, surnames or nicknames of inhabitants of the village and the region. In songs can also get a reflection of the dramatic events that occurred in the village. Localization plays an important role in the formation of folk space.